How to Upgrade Your Home Like a Crazy Rich Asian on a Budget!

Home » Blog » How to Upgrade Your Home Like a Crazy Rich Asian on a Budget!

In this article, Weiken, an award-winning interior design firm in Singapore is revealing the secrets on how to achieve a million dollar-looking home without breaking the bank!

The successful Kevin Kwan book series Crazy Rich Asians that has recently been adapted into a multi-million box office film romps through the fictitious, opulent world of Asia’s super wealthy and their upper-class living in luxury properties.

In the series, Nick Young is portrayed as the protagonist who hails from a crazy rich, but secretive family in Singapore. But, no matter how fictitious his character may sound, many of the elements the author details were actually based on real-life encounters with Singapore’s super-rich – an upper-class of society that the masses can only imagine in magazines and on social media.

But, while the Kevin Kwan books speak a seemingly far-fetched truth, the city-state is actually home to millions of dollar worth of properties only the crazy rich can afford. Now, while you may not fall under this upper-class, you can and deserve to enjoy the grandeur of a luxury home even without spending the money you don’t have.

In this article, Weiken, an award-winning interior design firm in Singapore is revealing the secrets on how to achieve a million dollar-looking home without breaking the bank! 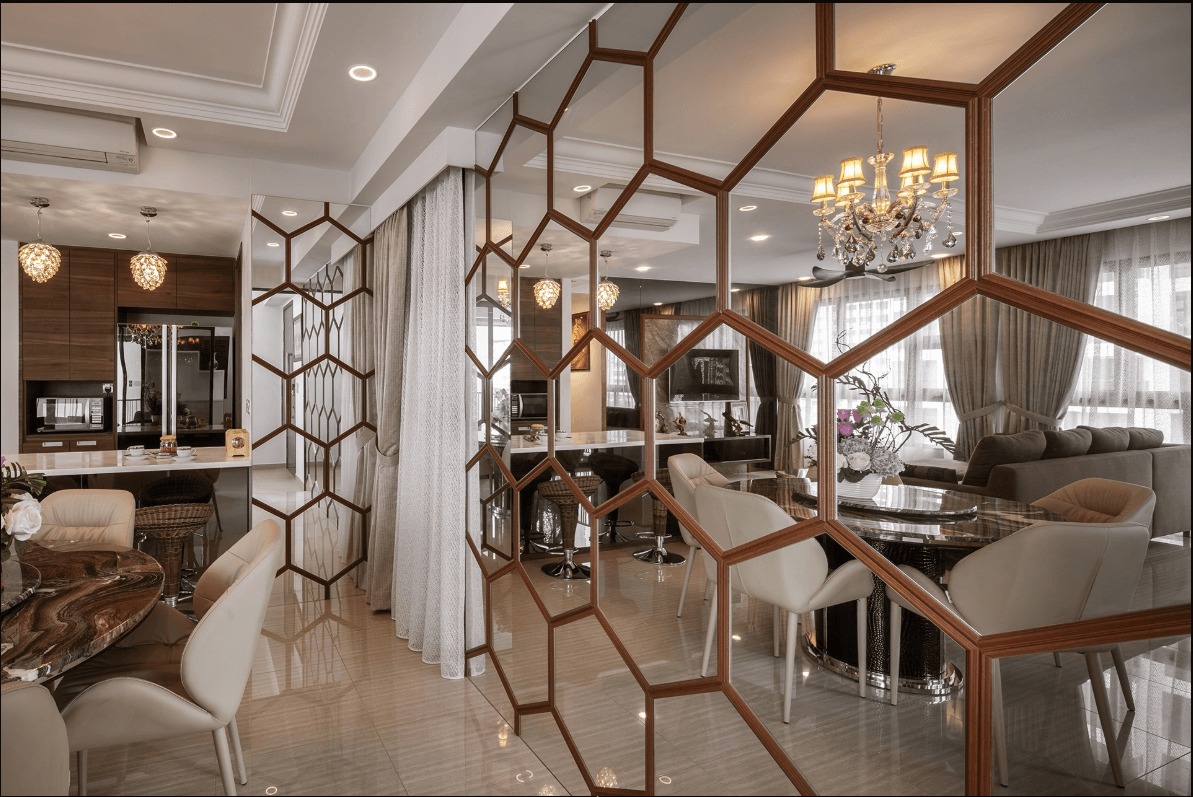 Lighting is one of the essential elements in a space, but it’s also one that’s often overlooked. When upgrading your home, you’ll want to create depth in the room by having additional light sources such as table lamps and pendant lights. You can also place candles in reflective glass containers for a cheaper alternative to lamp shades. 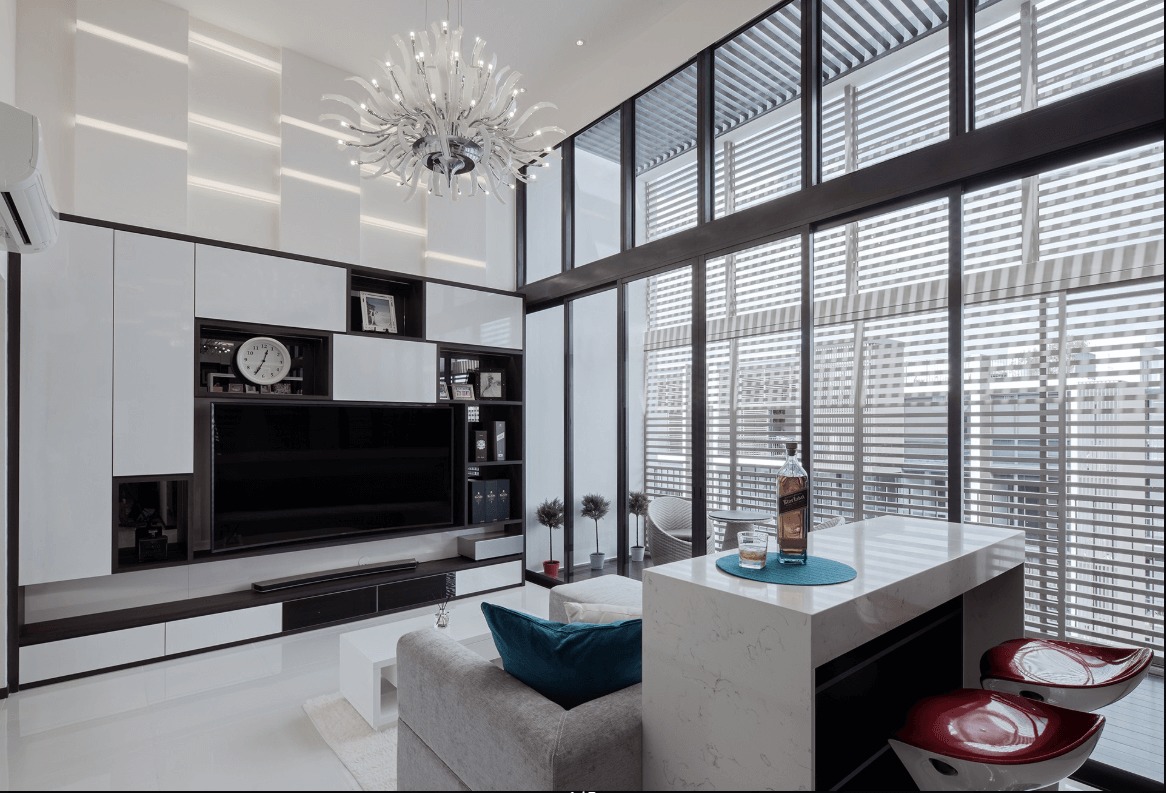 Another easy way to spruce up your room is to invest in textiles such as throw pillows and cushions. Now, while these may seem costly upfront, there are many ways you can save a few bucks like by hitting up your local fabric store to hunt for discounted textiles and sew them yourself if you’re feeling crafty. These can instantly make your room feel more cosy and luxurious.

Many expensive homes indulge the conveniences of having high ceilings and towering windows that flood the interior with natural light. Get this look by hanging your curtains as high and as close to the ceiling as possible and make sure that they’re long enough to touch the floor. Finally, for that warm and cosy feel, opt for sheer curtains that will soften the light when penetrating through. 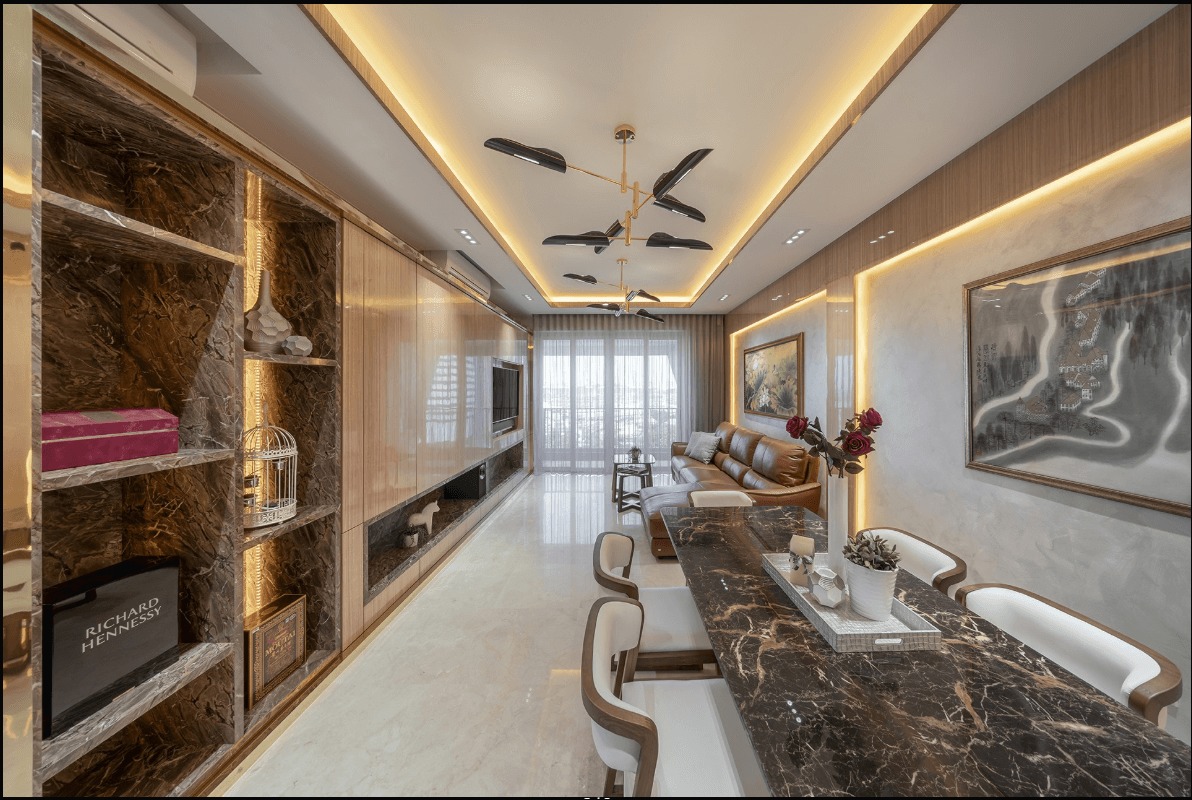 A large-scale, attention-grabbing piece of art can imbue your space with an instant lux feel. If you’re on a budget, you can check out thrift stores for bargain artworks. But, if you’re feeling artsy, you can also do it yourself! All you need is an oversized canvas and the medium of your choice. After all, you don’t need to spend a lot to own an impressive piece of art. 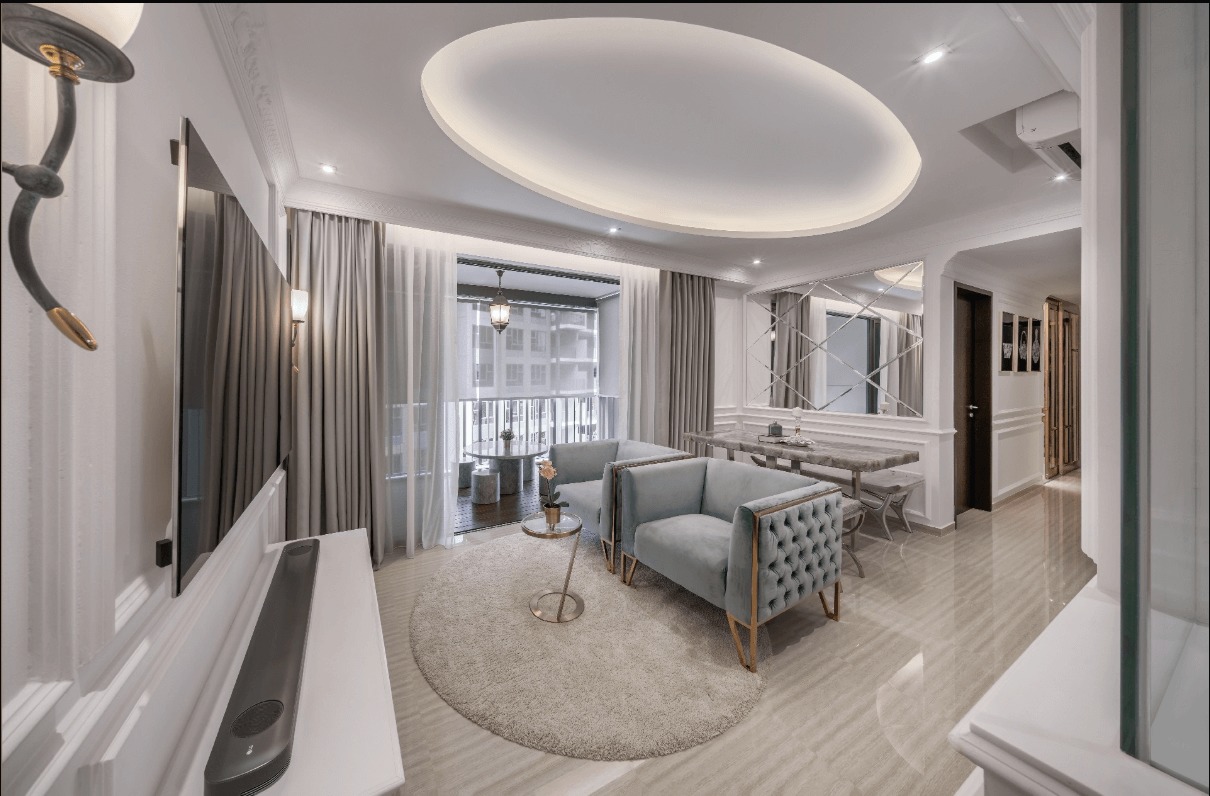 For a look that’s collected rather than matchy-matchy, mix up a variety of textures such as glass, wood, metal and textiles. You can make a trip to discount home furnishing stores for faux fur blankets, sheepskin throws and statement area rugs to achieve a look that is both elegant and luxurious without breaking the bank.

To wrap this list, make your home look and feel more expensive by improving its interior architecture. We don’t mean a full renovation though. Simply add mouldings to your walls to create a distinct character to your space. But, if you already have mouldings in place, then you might want to replace them with something thicker for a more elegant look. You can opt to hire a professional for this job.

A coordinating palette makes a home feel more intimate and intentional. Pick a palette and stick with it. So, whenever you come across affordable pieces that match your colour scheme, you can easily buy them knowing that they will blend perfectly with your existing interior.

Living in an age when minimalism is coveted has its own perks. You are urged to make a space look more expensive by putting less in it – and buying fewer pieces means saving the money you could have spent on more accessories that you may not really need.

Of course, every interior design is individual to your home and to you. If you’re on a tight budget but are looking to upgrade your space into something the crazy rich will love, you can trust Weiken to give you the best advice on how to do exactly just that.